Lagos Flags Off Construction of 114 Roads in 57 LGAs 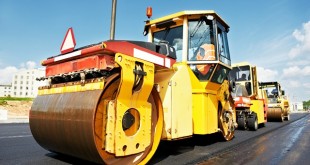 The Lagos State Government on Tuesday announced the flagging off of 114 roads to be constructed in the 57 Local Government Areas (LGAs) and Local Council Development Areas (LCDAs) in the State, just as it assured that more roads will be accommodated in the next phase of the project.

The project, which is being fully funded by the State Government, will be constructed two per each LGAs and LCDAs, and is expected to be completed within six months.

Speaking at a joint press briefing addressed by the State’s Ministries of Information and Strategy, Local Government and Community Affairs and the Conference of Executive Secretaries of LGAs and LCDAs, the government disclosed that the project would commence simultaneously in all the Councils within the next seven days.

Giving a background to the project, Commissioner for Information and Strategy, Mr. Steve Ayorinde said the mission for the actualization of the project started in October 2015 when Governor Akinwumi Ambode met with the Executive Secretaries of all the 57 Councils in the State, and agreed with them on the need to massively embark on rehabilitation and construction of inner roads across the State.

Ayorinde said the project was designed to complement the massive road construction and rehabilitation going on in the State which culminated in the repair of 300 roads in just seven months, adding that same was in sync with the determination of the current administration to make Lagos work for all.

While corroborating Ayorinde, Chairman of Conference 57, the umbrella body of Executive Secretaries of LGAs and LCDAs in the State, Hon. Kolade Alabi recalled that upon assumption of office, Governor Ambode directed the Council bosses to submit a list of two inner roads in each of the Councils for construction in the first phase of the initiative through open competitive bidding.

Alabi said that in executing the project, a unique model of bottom up infrastructural development and inclusive governance style was adopted, which eventually culminated in the active participation of all the relevant stakeholders in the list of the roads selected for the project. He said stakeholders such as the Community Development Associations (CDAs) and others were involved in the preparation, implementation and monitoring of the project, adding that a transparent process was also adopted in the appointment of contractors that would execute the project.

He said the project was initially designed to gulp N19 billion, but the cost was reduced to N17.5 billion after a transparent bidding process, adding that the contractors have been directed to engage the locals, especially artisans and experts, so as to boost the fight against unemployment and poverty.

Alabi, who is also the Executive Secretary of Bariga LCDA, further disclosed that the 114 roads will be of best standard with walkways, street lights and drainage, adding that contractors have already been mobilized with payment of 30 percent of the total cost.

The remaining cost of the project, according to Alabi, would be released as work progress on the project.

“This is no doubt unprecedented in the history of not just Lagos State, but in the entire nation with all modesty. I salute Governor Ambode’s vision, sense of commitment and dedication to grassroots development. It is indeed taking Lagos to the next level and the benefits as well as the gains of this project on the socio-economic lives of Lagosians cannot be over-emphasised,” Alabi said.

Also speaking, Commissioner for Local Government and Community Affairs, Hon. Muslim Folami said the project was in fulfillment of the campaign promise made to the people by the Governor.

Folami said that the next phase will commence after the completion of the first phase, assuring that Governor Ambode would not relent until all the inner roads in the State are fully rehabilitated. 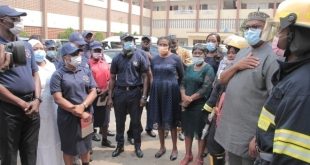 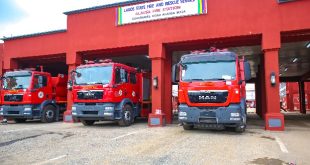 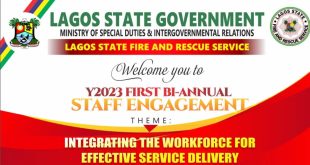